Why Does My Dog Yawn So Much?

This post may contain affiliate links. We may earn money or products from the companies mentioned in this post.

Spending time with our dog’s so much fun! Playing with them, training them, and just hanging out.

You’re talking to your dog and,out of the blue, he yawns. Are you boring him? Probably not.

Don’t be offended! Dogs yawn for many reasons.

A dog’s yawn looks much like a person’s. It’s an involuntary action. The jaw opens widely and the pup takes in a deep breath.

The deep inhalation’s often accompanied by a high-pitched whine. It can be so cute when our dogs yawn.

When my bi-black sheltie Murphy yawns, he looks like a little bear yawning. It’s adorable!

Yawning is normal. Some dogs naturally yawn more than others. Always consider why your dog is yawning.

You’ll learn what’s natural for your dog by watching his yawning patterns.

Why Does My Dog Yawn So Much?

Dogs don’t just yawn because they are bored or tired. There are many reasons why your dog might be yawning.

Dogs yawn for a multitude of reasons and this could be why you think your dog yawns a lot.

There are many theories why dogs yawn. Some are behavioral and others because of physical needs.

People used to believe that yawning occurred to send more oxygen to the brain. But scientists haven’t found this to necessarily be the case.

Often, yawning occurs in a warm room. So there’s speculation that yawning helps cool the brain. Cooler blood from the lungs goes to the extremities.

Yawning’s also been shown to be a method by which dogs communicate.

They’re telling us something when they yawn.

We just have to pay attention to what they’re expressing to us.

After all, dogs are experts at reading our body language. We need to be able to read theirs too.

1. Dogs can yawn when stressed or anxious.

Your dog’s sitting at the vet’s office. You know that he’s not tired.

You woke him up from a nap to take him there for his yearly physical.

But he can’t stop yawning. It’s likely that he’s yawning because he’s stressed.

After all, for most dogs, being at the vet is no walk in the park. Bad things–from their perspective–happen there.

Some dogs are stressed when greeting new people, and they yawn.

In any stressful situation, dogs may yawn.

In an obedience class, you may see your dog yawn a few times when he’s learning something new.

Other signs of stress to take into account are:

Whenever a dog shows such a stress signal, try to diffuse the situation. Redirect him to another command he knows.

Make him feel successful. And praise and reward his successes.

Or walk him calmly away from the stressful situation to take the edge off.

Sometimes dogs stress at situations we think are pleasurable. I’ve seen dogs who are really bonded with their owner yawn when the owner hugs them.

Many dogs don’t enjoy being hugged. Yawning is a signal that they don’t like it.

Some dogs yawn when they’re scolded.

You see your puppy chewing on a chair leg and tell him “eh-eh, leave it!.” He looks away from you and lets out a deep yawn.

So, when considering whether a yawn means that the dog is stressed, look at the whole picture.

2. Dogs may yawn to avoid conflict

Yawning can be a calming signal to another dog. It can be a way of saying “You can leave me alone. I don’t want any trouble.”

Yawning can be an appeasement signal to avoid conflict. This often occurs when the yawning dog senses that the other dog may be dominant or aggressive.

When one of my rescued Lhasa Apsos Mikey would meet other dogs, he would normally yawn.

He had been attacked on the streets before I rescued him. When he met new dogs in the beginning, his yawning would tell them “Chill out; I don’t want any trouble.”

And the dogs he met while with me understood this.

As Mikey got more confidence around other dogs, he began to read their signals better too and didn’t always yawn.

3. Yawning may be contagious!

We’ve all been around other people when one suddenly yawns.

Then, we can’t help but yawn. Suddenly, everyone at the party yawns–one after the other.

It can be funny and embarrassing at the same time.

Yawning in this situation can be seen as being empathetic to others.

Dogs have also been seen to yawn after their owners yawn. It’s such a cute behavior that we don’t really think much of it.

But it’s been studied and believed that dogs are showing empathy to their owners when they yawn with them. It’s also believed to show a bond with the owner.

When strangers yawn around a dog, the dog generally doesn’t yawn.

There isn’t the same empathy or bond with a stranger as there is with their beloved owner.

4. Dogs may yawn when tired.

You’ve taken your dog for a long walk. Right as he’s about to settle in and lie down for a much-needed nap, he yawns.

Yawning helps stretch facial muscles so that they can relax. Or so that the dog starts to wake up.

So, upon awakening from a nap, a dog may let out a loud, satisfying yawn.

When my Sheltie Gracie awakens from a nap, she stretches and lets out a loud whine with a yawn.

It’s really cute! She looks like a baby deer just entering the world.

5. Dogs may yawn anticipating something fun or exciting

Sometimes dogs yawn because they know that something fun’s about to happen.

You put on your sneakers and jacket and pick up your dog’s leash and he lets out a loud YAWN!

He’s seen this sequence of events before.He knows what’s about to occur.

He’s about to go on a walk! Oh, the adventure!

Sometimes dogs yawn when they’re impatient waiting for their walk or other playtime.

You’re about to go play fetch with your pup. You’ve picked up his favorite ball.

The phone rings. You chit chat with your friend.

Your pup can’t wait until you stop the noise and yawns until you’re off the phone ready to play fetch.

Something happened that they don’t understand and they yawn.

The yawn is a way of coping with something new that he doesn’t yet comprehend.

This can occur during obedience training. You tell your dog to touch your hand with his nose.

He may yawn, as he doesn’t know what else to do next.

Sometimes his yawning in this situation may also be due to anxiety or stress.

What’s the best way to diffuse the situation? Usually, just give a command your dog knows such as sit.

Praise and reward (try one of my favorite training treats) when he sits.

In teaching a new command, have patience. Try to lay out each step so that he understands what’s expected of him.

If you hit a roadblock, go back to a step at which he was successful.

Helping him learn at his own pace will go a long way in diffusing his stress.

7. Dogs may yawn when bored

Don’t take offense, but dogs may yawn when bored.

You may be having a wonderful conversation with your neighbor who you meet while walking your dog. You’re in a deep conversation about their new minivan.

But your canine companion may be less than thrilled. He may be bored. And he may show it by yawning.

8. Dogs may yawn when they want out of an uncomfortable situation

This is usually related to stressful situations the dog can’t get out of and is often faced with in his daily life.

Your dog may dip away when you go to pet him, while also yawning. Some dogs don’t like to be petted on the head.

We think they love it, but many don’t.

I believe that dogs should be taught to be handled. So you can give your puppy a high-value treat when you go to pet him so that he learns that something good happens.

But even though they may learn to accept petting, it may not be their favorite thing. Thus the dipping away and the yawn.

9. Medical issues may cause a dog to yawn

Some dogs may stretch, yawn, and burp–and may be in abdominal pain.

Some may yawn for a longer than normal period.

If your dog is yawning too often or for a longer than normal period during each yawn, you may want to take him to the vet to rule out any medical issues.

Should I Stop My Dog From Yawning?

Normally, yawns are natural and cannot not be stopped.

Usually, yawns are nothing to worry about.

When Should I Be Concerned?

Most of the time, yawning is perfectly normal. You get to know what’s normal for your dog.

Depending on why he’s yawning, he may yawn more in some situations than in others.

If you see that your dog’s yawning much more than normal, try to figure out why.

Is he in more stressful situations than normal?

Are a lot of new fun things about to happen that he’s anticipating?

Has anything changed in his life, such as who he’s living with or where he’s living? Or have there been any changes in his schedule?

Try to pinpoint why he’s yawning.

If there haven’t been any new changes to his life, then a vet appointment may be needed to determine why your dog’s yawning more than normal.

Sometimes, though, a yawn’s just a yawn.

Usually yawns are natural, involuntary behaviors that are nothing to worry about. You’ll get to know what’s natural for your dog.

Try to figure out why your dog yawns. You should be concerned if he’s yawning too often or if he’s also showing other stress indicators.

Try to de-stress his environment. Make sure that he has enough physical and mental exercise.

Rarely, a medical condition may be the reason your pup yawns.

Top Picks For Our Dogs

For a list of all the supplies we get for our new service dog puppies check out our New Puppy Checklist on the PuppyInTraining.com blog. 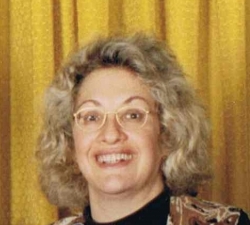 Why Does My Dog Yawn So Much? was last modified: March 6th, 2021 by Debbie

What To Do About Old Dog Incontinence

What Does "Heel" Mean When Training Your Dog?

Transitioning Puppy from Inside to Outside – Dog Training Me

How Far Can a 12-Week-Old Puppy Walk? – Dog Training Me

How To Leash Train A Dog The Right Way

We will be happy to hear your thoughts

At Parpaw.com we participates in the Amazon Services LLC Associates Program, which is an affiliate advertising program designed to provide a means for websites to earn advertising fees by advertising and linking to amazon.com.