Added to wishlistRemoved from wishlist 0
Add to compare

Added to wishlistRemoved from wishlist 0
Add to compare
$19.99 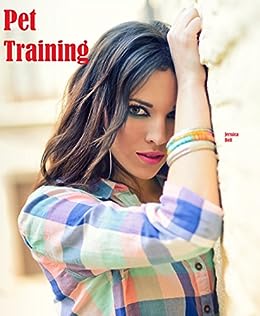 Training Alicia:
Collared. Leashed. Humiliated. Alicia doesn’t know it yet, but that’s what they has in store for her. You see, she’s an arrogant, pompous brat. Okay, so she might be reasonably good at her job, but that doesn’t give her the right to demean her colleagues and underlings.

So her boss, Daniel, has decided that he needs to take control of the situation. After all, he knows Alicia might try to take the company secrets to another employer. She could do a lot of damage. The solution? He tricks her into putting on a very special collar. At first, she thinks it’s some gift, a choker worth thousands of dollars.

Yes, it’s an expensive piece of equipment, but no, it isn’t a reward or bribe.

It’s the key to her training as a human puppy. That’s right. Once she puts the collar on, it snaps into place, locking itself. Now, Daniel owns her. Using an app on his phone, he can shock her with powerful bursts of electricity. Not only that, the collar can influence her physiological responses. This means that he can turn her on, effectively making her a dog in heat.

Yes, her transition will be demeaning, especially when he reintroduces her to all of those people who already hate her. She’s not going to find any help. In fact, everyone else is going to enjoy having a new pet in the office. She had better get used to begging and barking.

Presenting Kaylee:
…One man’s utopia is a woman’s dystopia…

In a world where women have lost all legal rights, Kaylee has been acquired by her school. You see, she has a lot of student debt from the time before the laws changed. Consequently, the school needs to make back its money somehow. So they’re going to find her a wealthy owner.

She’s put on display, bare and collared. If she can be a good girl, enticing and alluring, then maybe one of the men here will purchase her. If not, then her debts will be covered by a public auction. Who knows where she might end up then?

Even though she used to be a smart, articulate girl, Kaylee must present herself as an obedient slave. There are lots of guys here. She can convince one of them that she has what it takes to please him, right?

This 15,000 word pair of stories includes domination, human pet play, elements of bondage, extensive humiliation, and more. All characters are consenting adults over the age of eighteen.

There are no reviews yet.

Be the first to review “Pet Training” Cancel reply

At Parpaw.com we participates in the Amazon Services LLC Associates Program, which is an affiliate advertising program designed to provide a means for websites to earn advertising fees by advertising and linking to amazon.com.